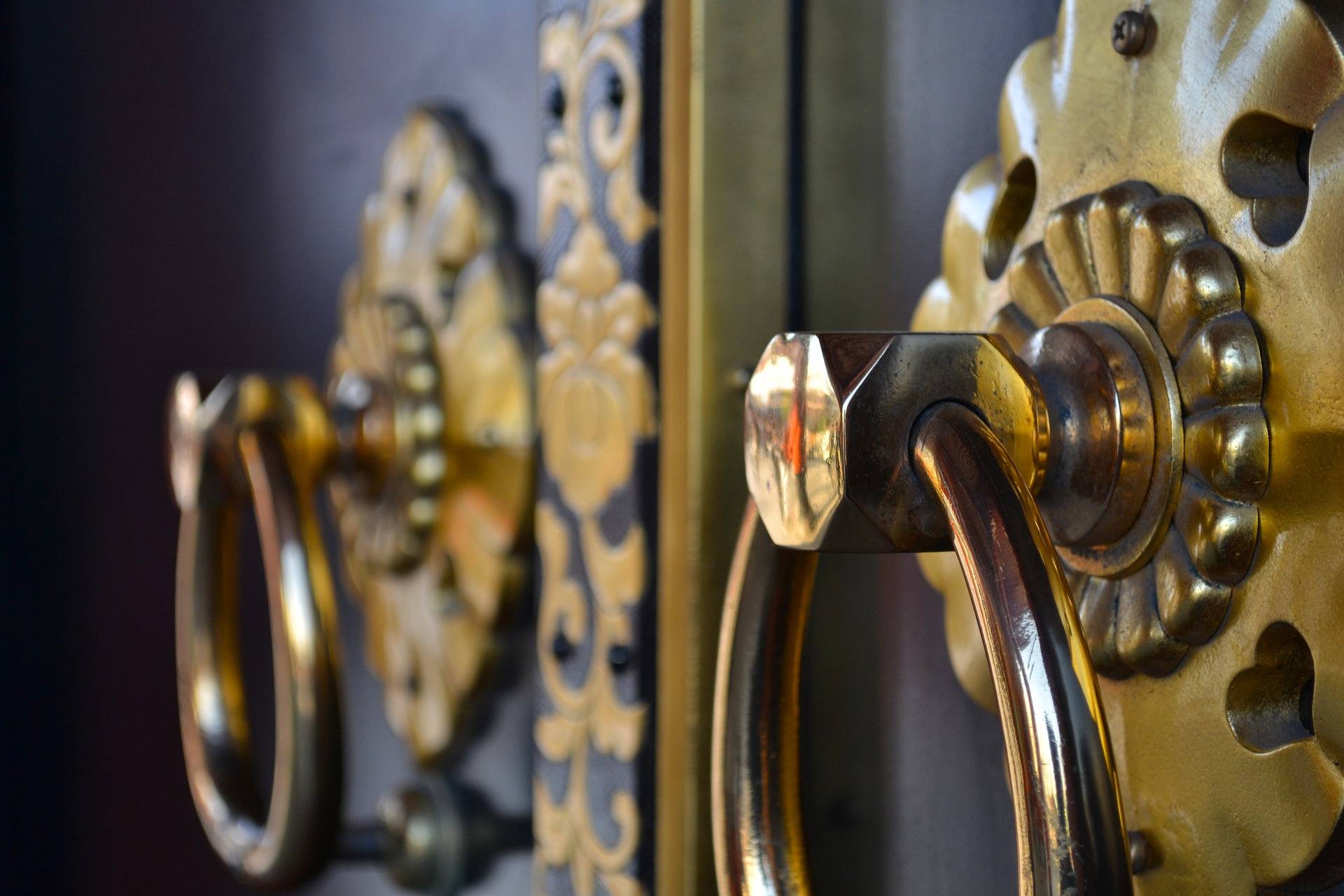 The dancer Okuni from Izumo (Okuni no Izumo) sparked a revolution of a special kind. In 1603 she built an open-air stage in Kyoto and began to perform dances with other women. Her dances were very popular and later the Geisha are said to have based their irresistible combination of charm and entertainment on her dance art.

Okuni became more and more famous and popular, she was regarded as a passionate and wild dancer. Also she appeared partly in male clothes and played scenes from the life at that time. Thanks to her a new word was invented: Kabuki ("Kabuku" - "to have fun", "to be wild and exuberant"). From their dances came the later Kabuki theatre and also the dance of the Geisha.

Soon normal women tried to emulate her and also opened theatres. They became fashion models for urban women, while men preferred to look at the women themselves. When the men even began to duel over the ladies, the government, which had been suspicious of the hustle and bustle up to that point, took action. It took several years before it was finally possible to close the last rebellious theatres in 1647.

For the time being, women disappeared completely from the stage, because soon only men were allowed to appear on stage (also in women's roles): The Japanese theatre Kabuki, as it is known today, was born. Public appearances were forbidden, but the women still could not be stopped:

Many dancers worked in a samurai household, where they performed privately or were teachers of music and dance. Women with such backgrounds became known as Geishas a century later. 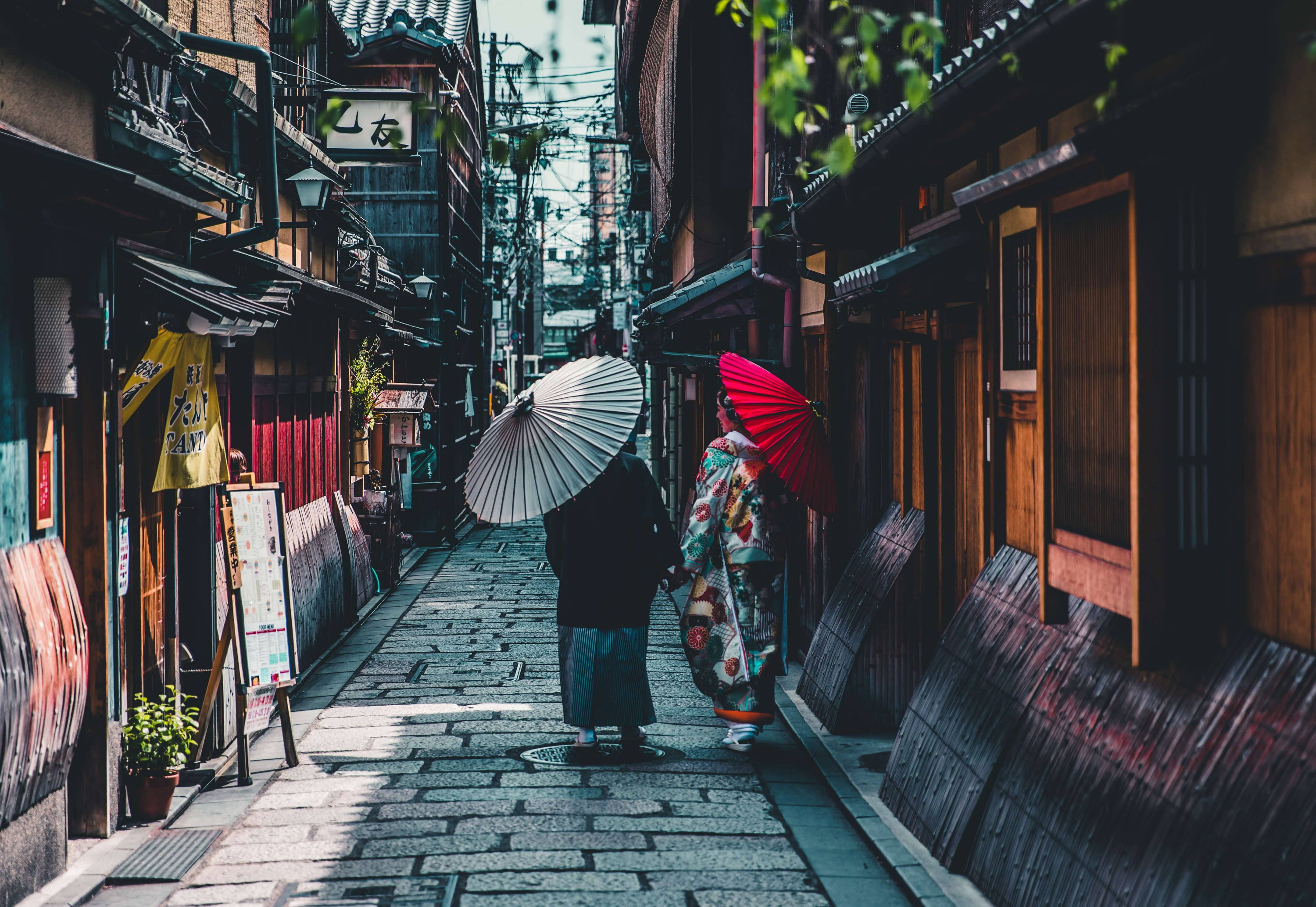 In 1589 the first entertainment district was opened in Japan. In addition to romanticism, elegance and culture, as well as intelligent conversations with beautiful women in the best atmosphere were offered here. Shimabara in Kyoto and Yoshiwara in Edo (later Tokyo) were regarded as the best known. The entertainment districts were also called the "flowing, transient world". Woodblock prints and paintings, which were very popular at that time and depicted scenes from this flowing world, were called ukiyo-e.

For a time, these neighbourhoods boomed and had their wedding. But times are changing, especially in a transient world: thanks to the government, which repeatedly intervened and enacted rules and laws, the clientele changed.

This was the hour of the Geisha: as long neglected entertainers, they now experienced a real upswing - in the beginning these artists were still male. But it didn't take long before women from the illegal entertainment districts, who were also dancers, singers or shamisen players, set off for the official quarters and competed with the male Geisha as freelance artists. It was only a matter of time before the customers turned away from the male geisha and towards the female.

In Kyoto, for example, at the beginning they were called "Taiko-joroo" ("drum curtisans") or "Geiko" ("child of the arts"), their male counterparts "Taikomochi" ("drum carriers") and Geisha ("artists"). In Edo, on the other hand, the term geisha was used and only at the beginning the demarcation "Onna-Geisha" ("female artists") was used.The geisha at that time belonged to an amusement house, but they insisted on being regarded as free artists. 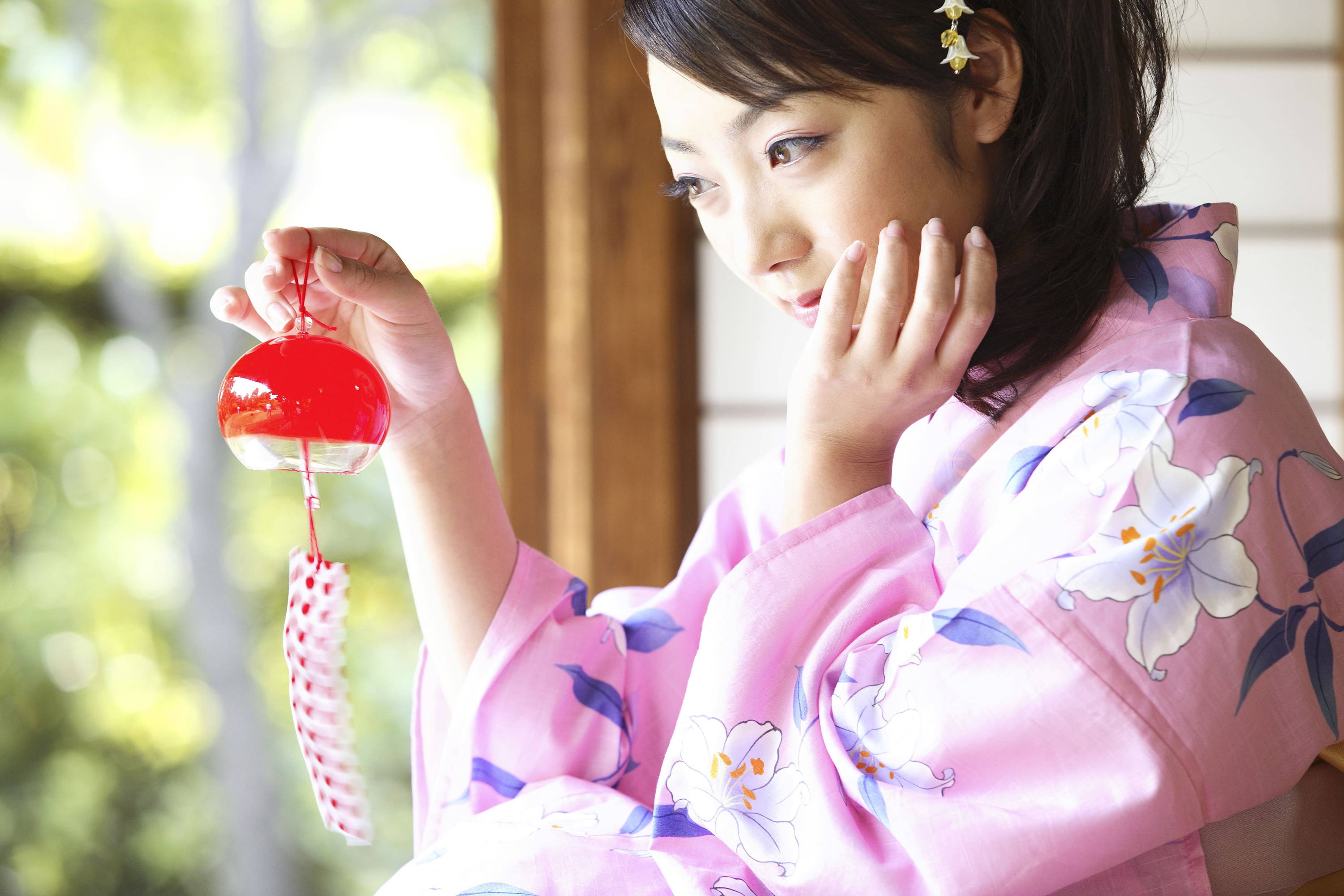 The first woman to call herself a geisha was a woman from Fukagawa, around 1750, who became better known in the 1760s and 1770s. At the beginning the first Geishas offered sensual services, but in 1779 the first 'Geisha Supervision Office', the Kenban, was founded. It supervised that the Geishas were and remained really only artists: they were not allowed to sit near the guests at events. The Geishas were also required to wear dark, simple kimonos, unadorned hairstyles and low geta (shoes) in order to distinguish them clearly from the courtesans and diminish their popularity.

To be continued soon!!!